TSR Shaun and Dan Show at Guitars and Growlers 2-19

The TexasSelectRadio.com Shaun and Dan Show  at Guitars and Growlers on February 19 began with Harry Hewlett and his west Texas music and humor. Harry grew up on a farm in west Texas. His songs, such as Dirty Old Man, and Everclear illustrate that.

Lynn McCracken, with Bill Hudson on guitar, and Gigi Gostas on cajon, played her introspective songs, such as I Wrote You a Letter, and Fear.

Rob Case, with Alayna Mitchakes adding vocals, played songs from his cd, Last Call in Texas, such as Bayou City, and and a couple of cover songs.

Allen Larson followed Case, and played a mix of his original tunes, such as You Got This, and cover

tunes which included a song by Bruce Cockburn.

John Herbert played a short set of cover songs. Dan Roark  wrapped up the show with I Just Want to get Social, Waffle House, and Hitchhiking Song.

Follow the links, hear the music for yourself, and notice when they are playing so you can see them live. Come to Guitars and Growlers on Mondays for good 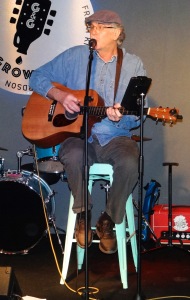 music, good food, a large variety of craft beers that changes constantly, and be a part of the radio show. Songwriters – message Dan or Shaun to be on a coming show. 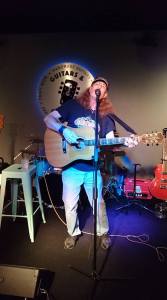